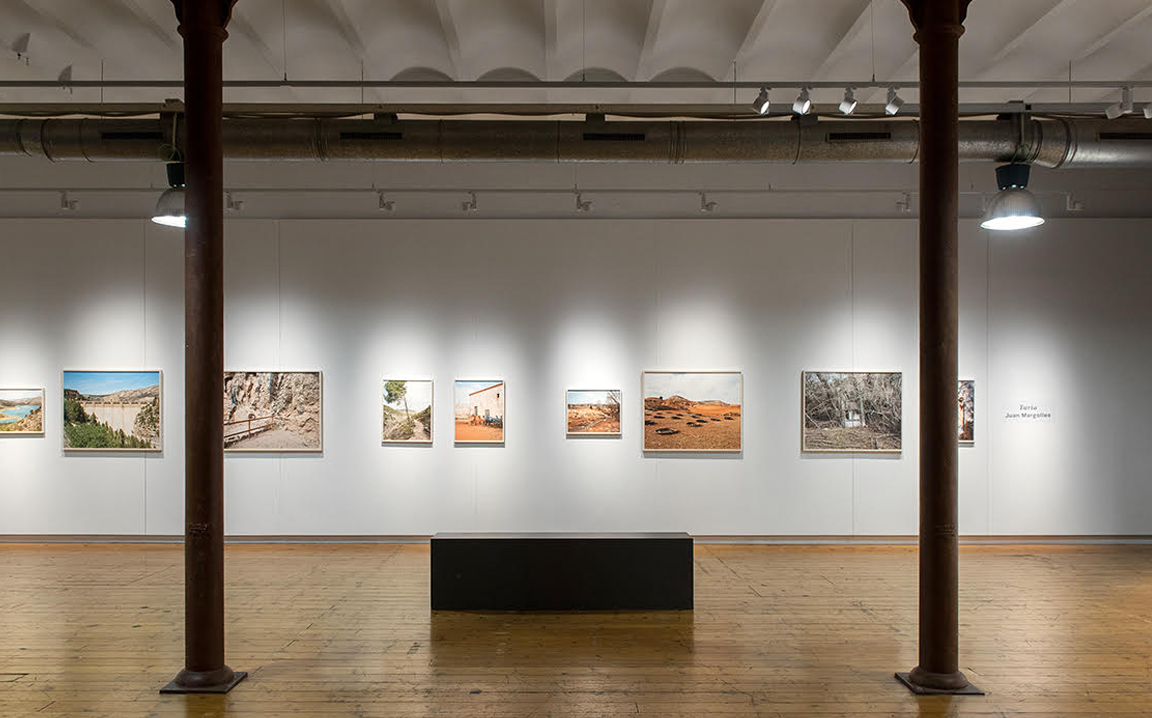 Art Photo Bcn eighth edition arrives with the summer and 7 exhibitions in different associated locations of the city to show the well being of current photography by the hand of our authors. This year it expands to photographers with medium and long careers that are going to be linked to the event during the months of June and July. Showcasing both intimate and more general points of view the exhibitions will make us reflect on what surrounds us in order to create in the spectator a critical attitude without losing sight of the creativity and aesthetic that the photographic medium allows. The diversity of the exhibitions is key to showcase the big production and high quality of photography that is around us. At the same time these exhibitions allow us to create connections with other festivals, institutions and photographic companies that help create a community in constant growth.

Carlos Alba, The Taste of the Wind, at Biblioteca Agustí Centelles.

By the hand of Landskrona Foto Festival, Carlos Alba brings to Barcelona the results of the residency program he did there, in a city known for sheltering immigrants and exiled throughout history. This exhibition finds visual connections between the foreigners and the locals that live in Landskrona, mixing current and archive photography in a process of artistic investigation.

Paula Artés, Firma, at Can Basté.

After winning the Lumínic Award at Art Photo Bcn last year and exhibiting her project at Sant Cugat, Paula Artés brings her project Firma to the Golfes room at Can Basté. The reflection posed by Paula Artés involves rethinking space as a way of exercising power. Right now we are more conscious that even through virtual spaces control can be exercised, and precisely for that, the author looks for consensual physical spaces that sooner or later will disappear.

After winning the fifth edition of Art Photo Bcn, Laura Van Severen kept working on the theme of waste management which led to this current exhibition. With Strata she puts the emphasis on the open wounds left by an inefficient system. Before waste is hidden and sealed in a bubble outside of time, the pictures allow us to glimpse the internal structure of the landfill and invite us to reflect.

Oriol Miñarro, Welcome to the barrio, at Pati Llimona.

Oriol Miñarro presented two projects in two different viewing sessions at Art Photo Bcn. In this edition he displays a third work that sponsored by the Impressionart laboratory will be showcased in the upper room of the Centre Pati Llimona. In this way he closes the circle giving back to the neighborhood that is the protagonist of his project, el Raval, the pictures created through his investigation.

Rafael Arocha, The Boss Is Here, at La Farinera.

After joining the viewing committee during the last edition, through this project Rafael Arocha shows us the disequilibrium between the position of the submitted and the one of who holds the authority. The Boss Is Here is based on a systematic sequence of bodies that starvation transformed in the containers of the invisible structures of domination. Carried out in our city, in the surroundings of the centre that welcomes it, this project goes beyond photography and its own environment.

After portraying the greatest exponents of Spanish photography and leaving us hypnotised with the beauty and intentionality of her pictures, Estela de Castro glances back to the authors of her generation to meet them, the female photographers. This exhibition, realised thanks to the collaboration of Còpia Lab, serves us to put a face to many of our female collaborators and authors that, connected to each other, create a common front through Estela’s impressive look, who materialises in her pictures this web of empathy and impressions that all of these authors share.

After taking part in the festival from its second edition, this is the first time he does it as an author. Together with Camilla de Maffei, Eugeni Gay Marín directs El Observatorio, a photography school that provides in every edition a successfull workshop about the creation of a portfolio and at the same time participates in the fair section with fresh and collaborative proposals, just like its teaching method. Furthermore, in this edition Eugeni gives back to the city his own particular vision of it through the theme of the adaptation and creation of Barcelona Olímpica, its implications and derivations. «À la ville de … » was exhibited in the Kursala of Cádiz and was also made into a curated photobook.

The exhibitions part of the program of this eight edition will be accompanied by activities and workshops in every location, as well as by the big weekend of the festival that will take place in the Centre Arts Santa Mònica from July 23rd to 25th supported by the online development of the event that will previously open its virtual doors. We are waiting for you!