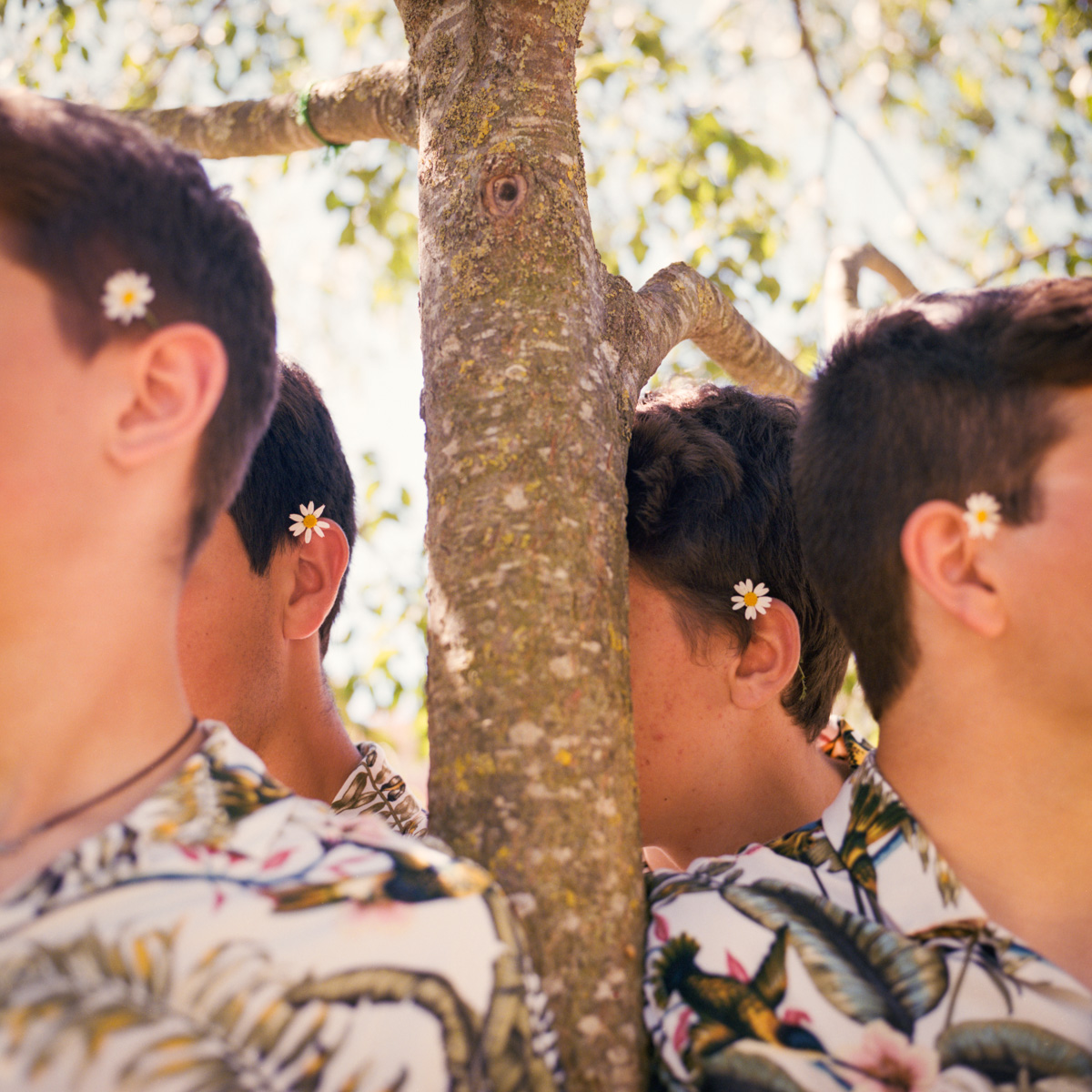 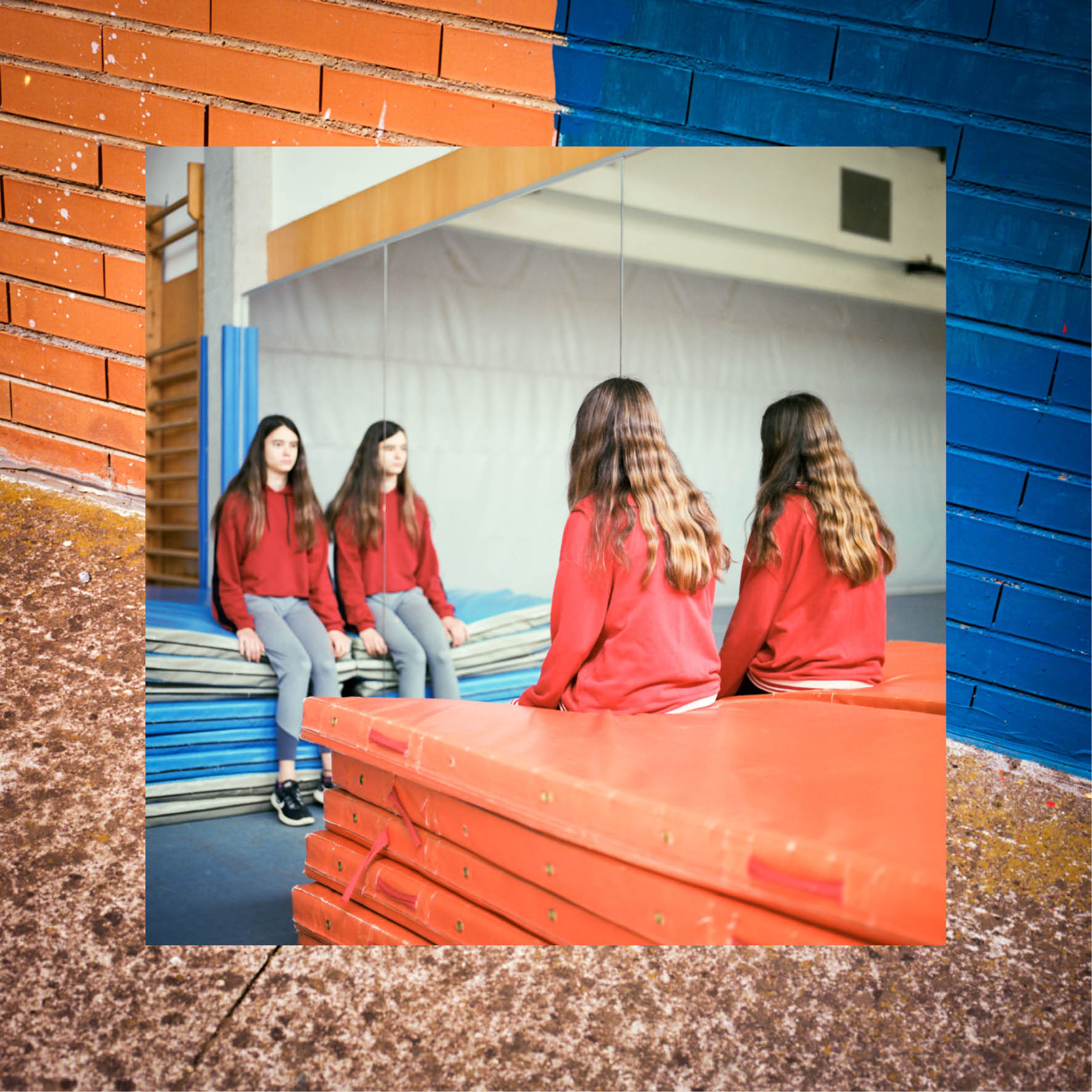 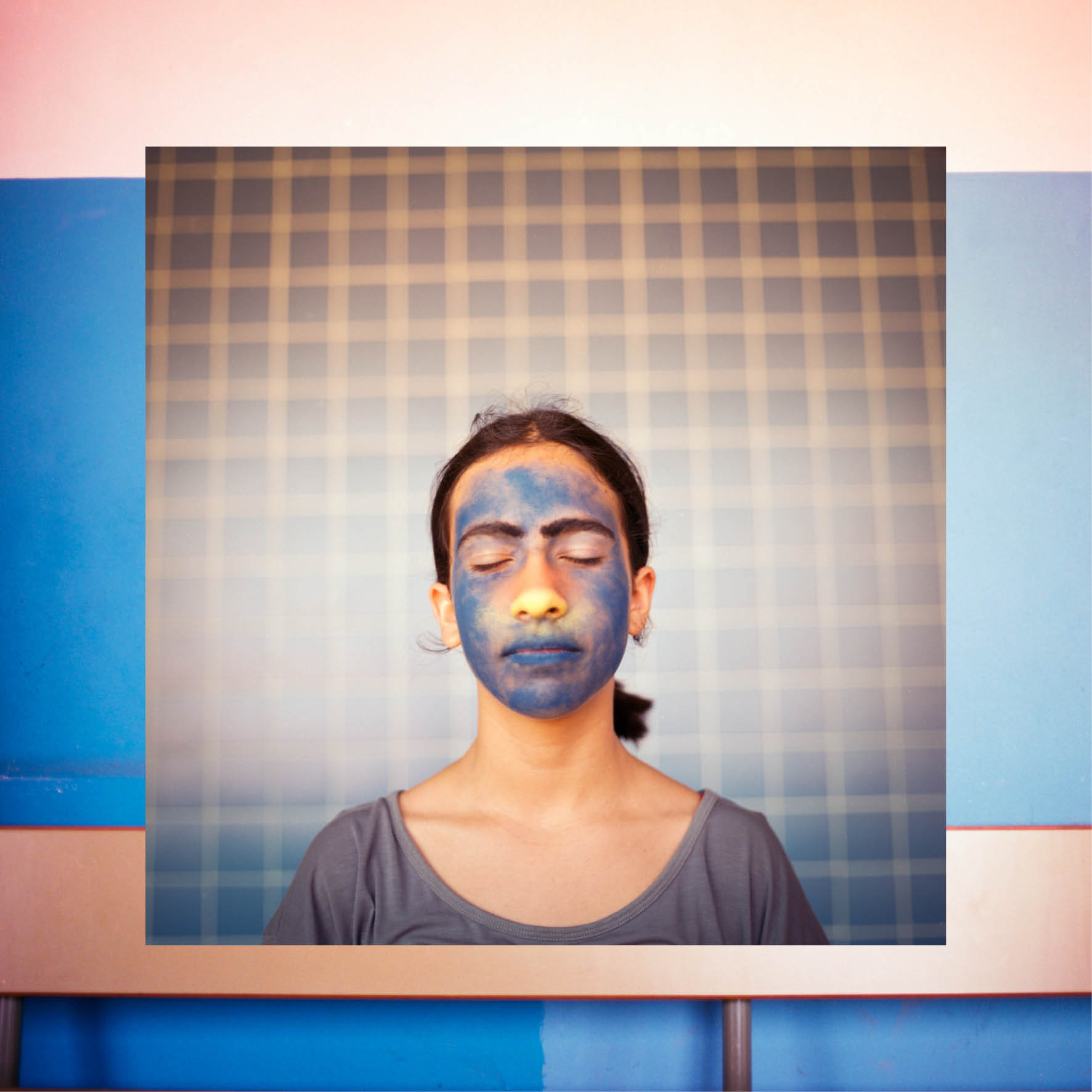 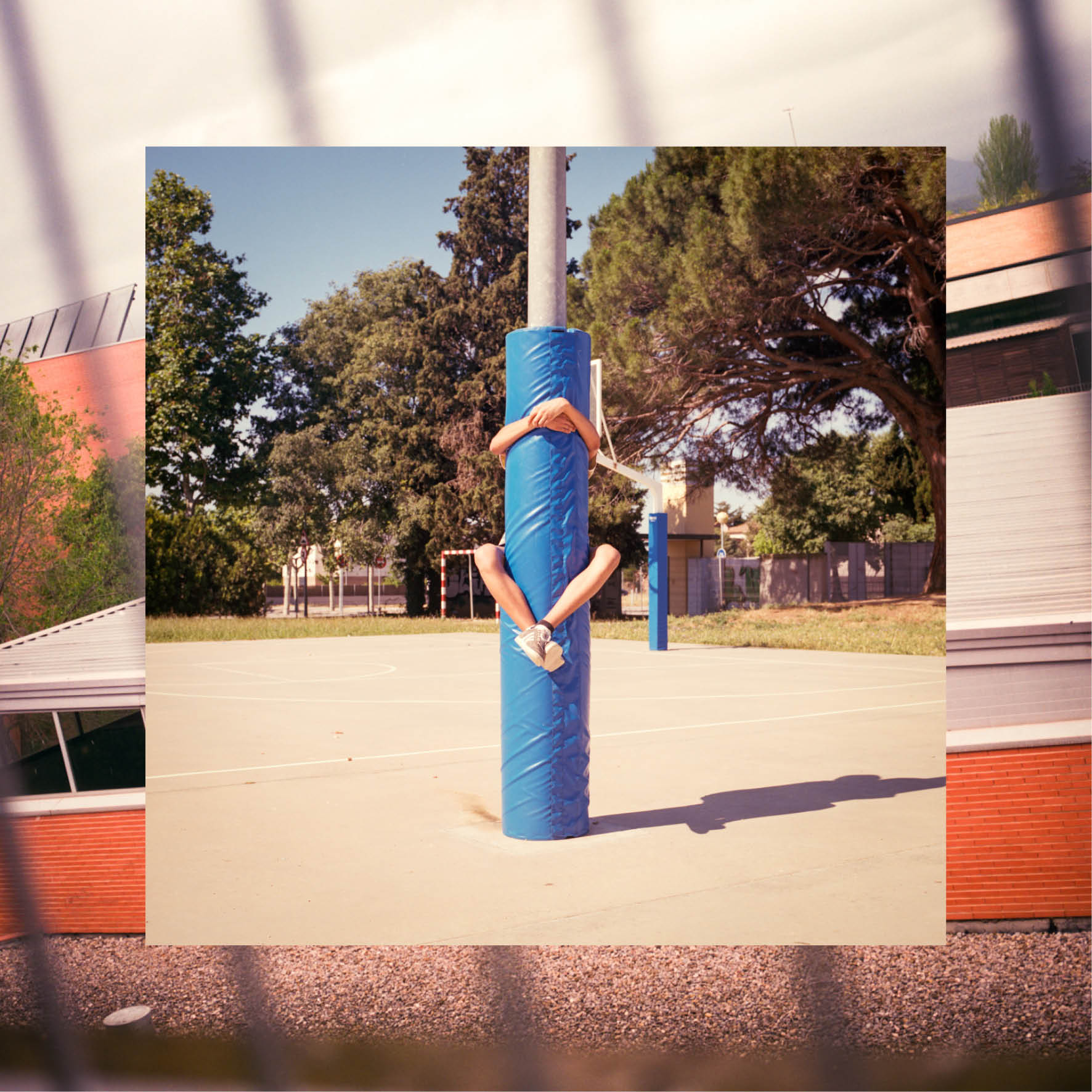 Ares Molins reflects on the parallel dimensions based on the concrete reality of two high schools in Cardedeu. In 2000, the Cardedeu Institute split in two. The Department of Education of the Generalitat has decided to renovate the building and expand it to create a second institute. The new school is created by dividing the IES Cardedeu building in half, building partitions inside, placing a canvas that divides the gym in two and dividing the outdoor spaces with a metal fence. In September 2000, Cardedeu began a new school year, with the Institut Arquitecte Manuel Raspall on one side of the building and the Institut El Sui on the other. Since then, both schools are completely independent and do not share common spaces or activities.

In September 2017, Ares Molins began working in one of the new high schools, as a teacher of Visual and Plastic Arts Education and began to be part of a universe that has a parallel one, just on the other side. of the wall.

In Com els ulls, que no es poden veure l´un a l´altre, teens become accomplices in this exploration of parallel universes and the concept of limit. They are also her allies researching the impossibility of vision generated by a wall and the need to project themselves on the other side. The limit acts as a trigger for the imagination and as a metaphor for curiosity. The limit as a mirror.

Exhibition from September 8 to October 29

Opening hours Monday to Friday from 10 am to 10 pm

About Ares Molins i Masat

About Ares Molins i Masat

After studying at the Faculty of Fine Arts in Barcelona (2011), she expanded her training as a photographer by attending various courses and workshops with photographers such as Juan Manuel Castro Prieto, Israel Ariño, Juanan Requena, David Jiménez, Llorenç Raich, Oscar Molina , Pau Maynés or Jordi Guillumet and in photography schools such as El Observatorio.

Since 2014, she has been working as a teacher with freelance photography projects and personal art projects. Since 2012, she has also been collaborating with the photography studio David Ruano.

In 2010, together with Alba Dalmau (friend and writer), formed the artistic group Sincopat, which was born from the concerns of experimenting with different expressive languages ​​(photography, literature, design, music, etc.). That same year, they published the book On gnomes hi havia un far, which consists of a collection of short stories for adults illustrated with photographs. In 2015, Sincopat published its second project Estrena, a long accordion that has as its starting point a story of love disappointments and silent cinema. In both projects, the very design and structure of the books are key elements in the storytelling.