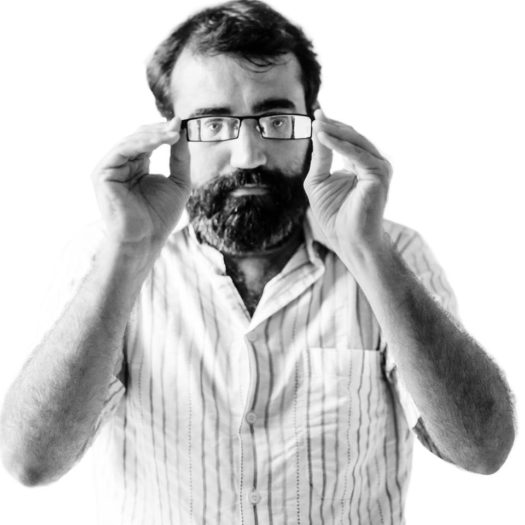 Commented visit to the exhibition by the author David Salcedo.

Where? Civic Center Can Baste, Passeig Fabra i Puig 274, Barcelona

David Salcedo will accompany us in his exhibition Fuchina. Five days of May to know the keys of the project.

Fuchina: Cinco Días de Mayo by David Salcedo fits in perfectly with a long tradition of anthropological photography that takes place in Spain. Carlos Pérez Siquier, Cristóbal Hara or Ricardo Cases are sources of his visual legacy in this work, but also Koldo Chamorro or Cristina García Rodero who, without using color, find a source of inspiration in Spanish traditions. Salcedo goes further thanks to the narrative possibilities that photography offers him, visually playing with the images, based on small series and the dialogues that are established between them. It is in this context that David Salcedo gives us a personal and fresh look at such classic and atavistic elements of Spanish culture as religion, popular festivals, color and animals.

He started and did professional photography studies at the IEFC. But it was on thestreet where he cut his teeth and toughened up, learning what they don’t teachat school.

His works encompass a wide range of photographic styles and techniques, although heclearly has two core areas that tie them all together. The first is a sensitivedocumentary vision, imbued both with subtle irony and silent mystery. And thesecond is his obsession with working with what is closest to him, either becausehe needs to talk about the things he knows or as a metaphor for existence.

This way of interpreting his corner of the world has led him to exhibit throughoutSpain, part of Europe and in the Americas. It has also garnered him numerousawards and grants. The 2015 FNAC New Talent Award is a highlight, along withthe 2016 Proyecta from the Andalusian Centre of Photography and being afinalist in the Lensculture Street Photography Awards. Since 2014 he haspublished and self-published three books.

He iscurrently represented by the London agency Millennium Images, Alalimón Galleryin Barcelona and the SaishoArt Gallery in Madrid.